Our Current Line Up Weekly Roster The Giggle Gladiators

Review Us on Google! 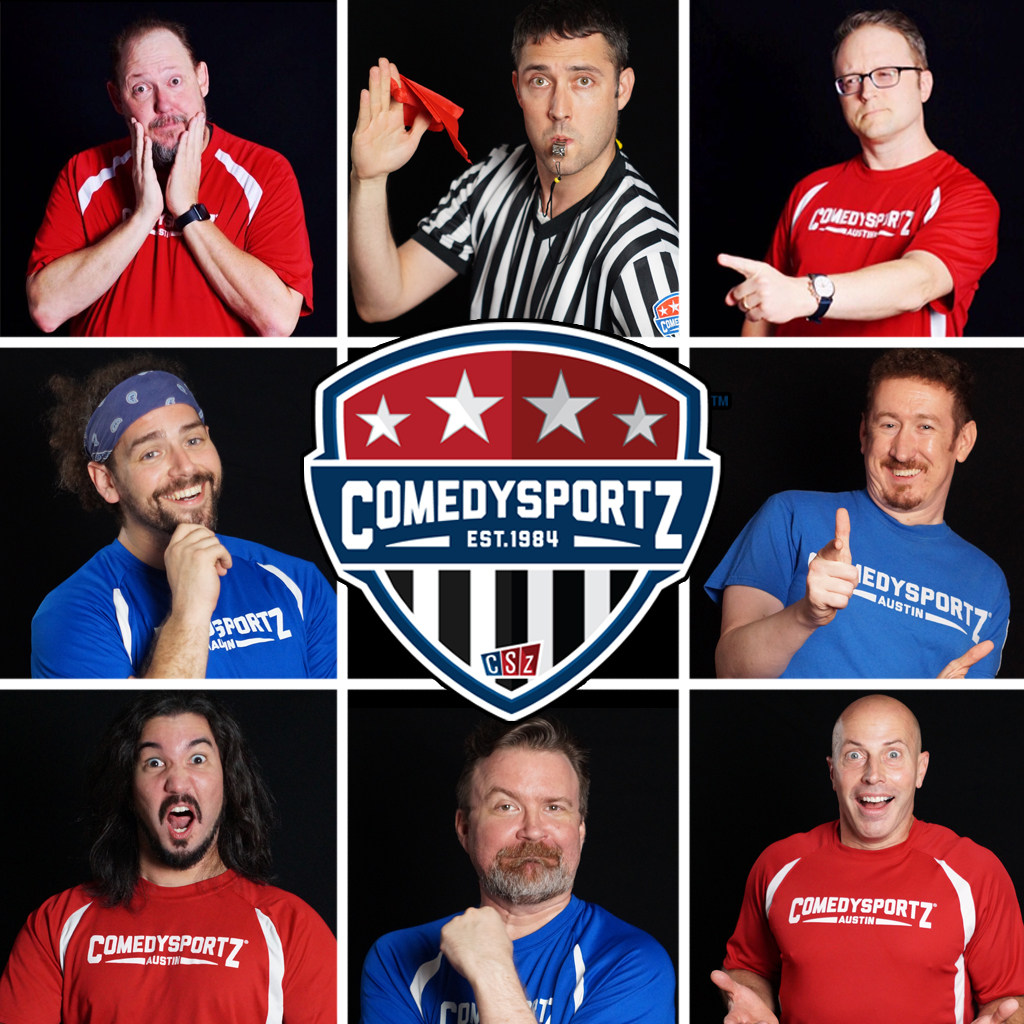 It’s Leap Day! Leap before you look, I tell ya, because these loony goons of laughter are your parachute.

This Saturday Captains Dav and Curt launch from the top rope to the bright red bullseye that Ref Shawn has painted. Captain Curt’s safety harness is held by his teammates Tyler & Peter, and Captain Dav’s memory foam cushion is flanked by Mike M & Vincent.

Mike T is the announcer getting you ready to rumble, Nicholas is on landing lights, and Jud greets you at the box office.

Grab your friends, family, coworkers, congregants, acquaintances, and enemies and join us for our unscripted, fast, funny, family-friendly comedy competition, perfect for everyone.

One of Austin’s longest running comedy improv shows happens every Saturday night! Featuring hilarious players, ComedySportz® is a fun, fast-paced comedy show that’s great for the whole family, great for business entertainment, and great for groups of all types. It’s ComedySportz®, comedy played as a sport!

ComedySportz® has been playing in cities all across the United States and Europe since 1984.

A ComedySportz® match features two teams of players competing for laughs and points, with a referee keeping things moving and calling fouls. An average of seven to twelve games are played during a match, drawn from a repertoire of hundreds of improv games. Every show is different, with different players, different games, and different audiences supplying new suggestions. The LoyalFANZ (that’s you) judge the scenes and games and ultimately decide the winners and losers.

A Few Photos of Our Loyal FANZ